What is open science? 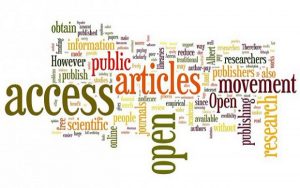 Extract from Living in an Ivory Basement by Titus Brown –October 24, 2016

Some background: Science advances because we share ideas and methods

Scientific progress relies on the sharing of both scientific ideas and scientific methodology – “If I have seen further it is by standing on the shoulders of Giants” (https://en.wikipedia.org/wiki/Standing_on_the_shoulders_of_giants). The natural sciences advance not just when a researcher observes or understands a phenomenon, but also when we develop (and share) a new experimental technique (such as microscopy), a mathematical approach (e.g. calculus), or a new computational framework (such as multi scale modeling of chemical systems). This is most concretely illustrated by the practice of citation – when publishing, we cite the previous ideas we’re building on, the published methods we’re using, and the publicly available materials we relied upon. Science advances because of this sharing of ideas, and scientists are recognized for sharing ideas through citation and reputation.

Despite this, however, there are many barriers that lie in the way of freely sharing ideas and methods – ranging from cultural (e.g. peer review delays before publication) to economic (such as publishing behind a paywall) to methodological (for example, incomplete descriptions of procedures) to systemic (e.g. incentives to hide data and methods). Some of these barriers are well intentioned – peer review is intended to block incorrect work from being shared – while others, like closed access publishing, have simply evolved with science and are now vestigial.

So, what is open science??

Open science is the philosophical perspective that sharing is good and that barriers to sharing should be lowered as much as possible. The practice of open science is concerned with the details of how to lower or erase the technical, social, and cultural barriers to sharing. This includes not only what I think of as “the big three” components of open science — open access to publications, open publication and dissemination of data, and open development, dissemination, and reuse of source code — but also practice such as social media, open peer review, posting and publishing grants, open lab notebooks, and any other methods of disseminating ideas and methods quickly.

The potential value of open science should be immediately obvious: easier and faster access to ideas, methods, and data should drive science forward faster! But open science can also aid with reproducibility and replication, decrease the effects of economic inequality in the sciences by liberating ideas from subscription paywalls, and provide reusable materials for teaching and training. And indeed, there is some evidence for many of these benefits of open science even in the short term (see How open science helps researchers succeed, McKiernan et al. 2016). This is why many funding agencies and institutions are pushing for more science to be done more openly and made available sooner – because they want to better leverage their investment in scientific progress.

Why not open science?

The open science perspective – “more sharing, more better” – is slowly spreading, but there are many challenges that are delaying its spread.

One challenge of open science is that sharing takes effort, while the immediate benefits of that sharing largely go to people other than the producer of the work being shared. Open data is a perfect example of this: it takes time and effort to clean up and publish data, and the primary benefit of doing so will be realized by other people. The same is true of software . Another challenge is that the positive consequences of sharing, such as serendipitous discoveries and collaboration, cannot be accurately evaluated or pitched to others in the short term – it requires years, and sometimes decades, to make progress on scientific problems, and the benefits of sharing do not necessarily appear on demand or in the short term.

Another block to open science is that many of the mechanisms of sharing are themselves somewhat new, and are rejected in unthinking conservatism of practice. In particular, most senior scientists entered science at a time when the Internet was young and the basic modalities and culture of communicating and sharing over the Internet hadn’t yet been developed. Since the pre-Internet practices work for them, they see no reason to change. Absent a specific reason to adopt new practices, they are unlikely to invest time and energy in adopting new practices. This can be seen in the rapid adoption of e-mail and web sites for peer review (making old practices faster and cheaper) in comparison to the slow and incomplete adoption of social media for communicating about science (which is seen by many scientists as an additional burden on their time, energy, and focus).

Metrics for evaluating products that can be shared are also underdeveloped. For example, it is often hard to track or summarize the contributions that a piece of software or a data set makes to advancing a field, because until recently it was hard to cite software and data. More, there is no good technical way to track software that supports other software, or data sets that are combined in a larger study or meta-study, so many of the indirect products of software and data may go underreported.

Intellectual property law also causes problems. For example, in the US, the Bayh-Dole Act stands in the way of sharing ideas early in their development. Bayh-Dole was intended to spur innovation by granting universities the intellectual property rights to their research discoveries and encouraging them to develop them, but I believe that it has also encouraged people to keep their ideas secret until they know if they are valuable. But in practice most academic research is not directly useful, and moreover it costs a significant amount of money to productize, so most ideas are never developed commercially. In effect this simply discourages early sharing of ideas.

Finally, there are also commercial entities that profit exorbitantly from restricting access to publications. Several academic publishers, including Elsevier and MacMillan, have profit margins of 30-40%! (Here, see Mike Taylor on The obscene profits of commercial scholarly publishers.) (One particularly outrageous common practice is to charge a single lump sum for access to a large number of journals each year, and only provide access to the archives in the journals through that current subscription – in effect making scientists pay annually for access to their own archival literature.) These corporations are invested in the current system and have worked politically to block government efforts towards encouraging open science.

Oddly, non-profit scientific societies have also lobbied to restrict access to scientific literature; here, their argument appears to be that the journal subscription fees support work done by the societies. Of note, this appears to be one of the reasons why an early proposal for an open access system didn’t realize its full promise. For more on this, see Kling et al., 2001, who point out that the assumption that the scientific societies accurately represent the interests and goals of their constituents and of science itself is clearly problematic.

The overall effect of the subscription gateways resulting from closed access is to simply make it more difficult for scientists to access literature; in the last year or so, this fueled the rise of Sci-Hub, an illegal open archive of academic papers. This archive is heavily used by academics with subscriptions because it is easier to search and download from Sci-Hub than it is to use publishers’ Web sites (see Justin Peters’ excellent breakdown in Slate).

A vision for open science

A great irony of science is that a wildly successful model of sharing and innovation — the free and open source software (FOSS) development community— emerged from academic roots, but has largely failed to affect academic practice in return. The FOSS community is an exemplar of what science could be: highly reproducible, very collaborative, and completely open. However, science has gone in a different direction. (These ideas are explored in depth in Millman and Perez 2014.)

It is easy and (I think) correct to argue that science has been corrupted by the reputation game (see e.g. Chris Chambers’ blog post on ‘researchers seeking to command petty empires and prestigious careers’) and that people are often more concerned about job and reputation than in making progress on hard problems. The decline in public funding for science, the decrease in tenured positions (here, see Alice Dreger’s article in Aeon), and the increasing corporatization of research all stand in the way of more open and collaborative science. And it can easily be argued that they stand squarely in the way of faster scientific progress.

I remain hopeful, however, because of generational change. The Internet and the rise of free content has made younger generations more aware of the value of frictionless sharing and collaboration. Moreover, as data set sizes become larger and data becomes cheaper to generate, the value of sharing data and methods becomes much more obvious. Young scientists seem much more open to casual sharing and collaboration than older scientists; it’s the job of senior scientists who believe in accelerating science to see that they are rewarded, not punished, for this.