Half of academics confused about open data

Survey reveals three quarters of academics have shared data despite widespread uncertainty From an article written by Holly Else The World University Rankings October 25, 2016 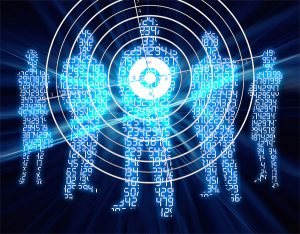 More than half of academics that have openly shared their data are unsure about the licensing conditions of doing so, according to a new report. The report, published by Figshare, a sharing site used by researchers, finds widespread uncertainty about the extent to which shared data can be accessed or reused.

More guidance is needed to ensure that “confusion does not prevail”, according to the head of the research technology company that owns Figshare. The report, The State of Open Data, looks at attitudes to data sharing and reveals the results of a survey of 2,000 academics worldwide. It finds that despite any confusion over how to share data, around three quarters of respondents had made their data openly available at some point in their career and more than half have used data made freely available by others.

But when asked about which licensing conditions they had attached to any data they shared, 60 per cent said they did not know. More than half said that they would like more guidance on how to comply with research funder’s policies on data sharing. Daniel Hook, chief executive of Digital Science, which owns Figshare, said: “Today’s findings show we have reached a key inflection point in the research community – nearly three-quarters of all researchers, whether by mandate or not, state they have made their data sets open and available.” “This clearly demonstrates researchers consider sharing data sets as core to the furthering of research,” he added.

But the results of the survey also reveal the need for “greater support in understanding what is becoming a highly complex and nuanced activity”, he said.“We need to provide the right education to young academics, and provide clear guidance to more established colleagues to ensure a culture change can take place, and that confusion does not prevail,” he said. Almost 70 per cent of respondents said that they valued a data citation as much as an article citation, and a further 10 per cent said they valued it more, according to the report. But less than half of those surveyed said they felt confident about how to cite a secondary research dataset.

The report finds that researchers in Asia are the least familiar with the concept of open data. Just 65 per cent of those surveyed in Asia said they were aware of data that is free to access, reuse and redistribute. Meanwhile those in Australasia have the highest awareness, with 87 per cent saying the same.