The gene-editing tool’s potential to upend science is dizzying. 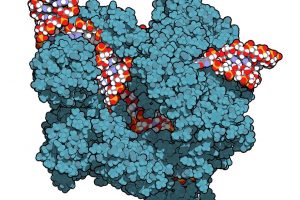 We’re about to enter a golden age of genetic engineering, where huge advances in gene-editing technology are making it possible for scientists to tweak the DNA of different organisms with incredible, unprecedented precision.

Until just a few years ago, altering individual genes in everything from plant cells to mouse cells to human cells was a crude, laborious, and often futile process.

Now scientists have developed a technology called CRISPR/Cas9 (or CRISPR for short), which harnesses the immune system of bacteria to snip individual genes, either knocking them out or even inserting new ones in their place. (Here’s our full explainer on CRISPR, which is different from conventional genetic modification techniques.)

What’s impressive about CRISPR is how it’s transforming the work of so many scientists in so many different fields. Much of the important work is still in the proof-of-concept stage — for example, proving that you can use CRISPR to control transcription (making an RNA copy of a gene sequence), edit the epigenome, or image the genome in living cells. But as the details get worked out, scientists say they can imagine CRISPR becoming an incredibly powerful tool.

“We are getting to a point where we can investigate different combinations of genes, controlling when, where, and how much they are expressed, and investigate the roles of individual bases of DNA,” says Nicola Patron, a molecular and synthetic biologist at the Earlham Institute in the UK. “Understanding what DNA sequences do is what enables us to solve problems in every field of biology from curing human diseases, to growing enough healthy food, to discovering and making new medicines, to understanding why some species are going extinct.”

Note that Patron didn’t mention editing genes in human embryos — that is, designing babies with coveted traits like high intelligence or muscular stature. Indeed, most scientists obsessed with CRISPR say this potential use of the technology is much more scientifically challenging and less important than other applications. With 3 billion base pairs, the human genome is so massive that complex modifications will be a major hurdle even with CRISPR. Plus embryo editing is ethically very fraught — it will likely be many years before any scientist in the US gets the green light to try it (though China and other countries will move faster on this front).

Designer babies, in other words, are, for now, mainly a sideshow. But we asked Patron and a variety of other scientists what they think are realistically the most exciting ways that scientists might one day change the world using CRISPR. Here are some ideas they put forward.

1) Figure out what different genes actually do

It sounds strange, but even though scientists have sequenced the entire genomes of organisms like mice, corn, and even humans, we still have a lot to learn about what those genes actually do — and which genes are responsible for certain traits or diseases and so on. Piecing this together is an enormously difficult task.

CRISPR could, potentially, change that. By knocking out certain genes and then looking at what effects that has, the technology has the potential to help scientists vastly improve their understanding of different genomes. “That’s one of the most exciting uses,” says Jennifer Doudna, one of the early CRISPR pioneers at the University of California Berkeley. “It gives us the potential to uncover what genome sequences are actually telling us about the behavior of different organisms.”

One fun example: Neal Stewart, a professor of plant sciences at the University of Kentucky, has long been interested in the resurrection plant, which can go into a state of near-death during extreme drought, and then revive when the rain returns. With CRISPR, researchers might be able to puzzle together how this fern actually works — and then possibly see if genetic editing could help other crops harness this skill.

Dan Voytas, a plant geneticist at the University of Minnesota, runs a lab that’s developing methods to use CRISPR for targeted genome modification of plants. Right now, he says he’s working on herbicide-tolerant varieties of cassava for smallholder farmers in Africa. (These plants would be different from conventional GMOs, which are typically created by transplanting genes from other organisms into crops. With CRISPR, you are editing the crop genome directly.)

Voytas is also interested in understanding how CRISPR might help improve the photosynthetic efficiency of rice. Plants like rice, potatoes, and cassava — staple foods in much of the developing world — have slower photosynthesis rates in hot environments. If scientists like Voytas can figure out how to get rice to do photosynthesis faster, crop yield could increase dramatically.

Martin Kampmann is a cell biologist at the Institute for Neurodegenerative Diseases at the University of California San Francisco. Along with his colleagues, he has helped develop a CRISPR-based platform to identify the genes controlling processes that drive neurodegenerative diseases like Alzheimer’s and Parkinson’s.

Kampmann says the goal is to identify new strategies for developing treatments. “It’s a hugely important problem,” he says. “We currently have no therapies that slow the progression of those devastating diseases.”

Scientists have already been exploring how CRISPR might be used to treat certain types of cancer for a few years. A research team at the University of Pennsylvania recently got approval for a small clinical trial in 2017: They will take out some immune cells from 18 patients and use CRISPR to modify the cells to make them more effective at targeting and destroying cancer cells. They will then transplant these edited cells back into the patients and see if it helps with treatment.

But this is only the beginning. For instance, Luke Gilbert of the University of California San Francisco, tells us that he’s excited about using CRISPR to make safer and more effective suppressors for tumors caused by “mistakes” in the DNA. First, though, he and his colleagues need “to evaluate how every gene encoded by the genome dictates cancer cell sensitivity to new anti-cancer drugs” to figure out which ones will work best.

5) Reduce our reliance on petrochemicals

Currently, the world relies on the hydrocarbon molecules found in fossil fuels to create materials like plastics. But with CRISPR, we could conceivably change that.

One team at the University of California Riverside has been exploring how to use CRISPR to manipulate and control a type of yeast that transforms sugars into hydrocarbons. Eventually, the hope is to engineer yeast that can create the necessary building blocks for certain polymers, adhesives, and fragrances — rather than relying on inefficient petroleum-based processes. (Further out, this process could even be used to produce biofuels for vehicles, although much work remains to be done.)

And that’s only one project. Other researchers hope CRISPR-engineered yeast can help us reduce our reliance on petrochemicals in a wide variety of areas. “Anything that can be polymerized to make plastic — succinic, fumaric, and malic acids — would be top of my list,” of chemicals to develop, says Sarah Richardson of Ignition Genomics, a private biotech firm in San Francisco. “They could be swapped in to make nylon and polyurethanes that are currently made entirely from benzene made from petrochemicals.”

6) Use plants to make drugs and vaccines

Pharmaceutical makers use all kinds of different systems to produce drugs and vaccines, including bacteria, yeast, and mammal cells. Lately, they’ve been especially keen on turning plants or plant cells into factories for metabolites and proteins. Plants work well because they’re strong, cheap, and have a low risk of contamination with toxins or pathogens. This goes by the name of “molecular pharming.”

CRISPR can be helpful here for the targeted insertion of specific genes in plants — and to understand how plants genes are regulated, how they respond to foreign molecules, and how they repair their DNA, says Nicola Patron, a molecular and synthetic biologist at the Earlham Institute UK. Lately, she’s been developing plants that could make human therapies and vaccines that are currently very hard to manufacture.

While researchers have come a long way in developing treatments for HIV, herpes, hepatitis, and human papilloma virus, or HPV, they still cause disease and still can’t quite be definitively cured. Bryan Richard Cullen at Duke Medical Center says CRISPR can be used to target and destroy these persistent DNA viruses in ways researchers haven’t be able to before.

The way he uses CRISPR is to develop a vector, based on different Cas9 proteins encoded by different bacteria, which attack DNA viruses in cultured cells. “We hope to move these studies into animal models in the very near future to see if we can cure animals bearing, for example, an HPV-16 induced tumor, or with a high level [Hepatitis B] infection of their liver,” his website says.